1. I first became aware of you in 2004 when you did some videos for Sean Cody—which I believe was your debut. What was that experience was like? Additionally, can you tell every gay guy that has ever wanked to a Sean Cody video what we’ve always wondered: Is there an actual Sean Cody or is he like the dad’s voice in the crystal box from the ’80s show Out of This World?

I was nervous, of course, so nervous that in my first solo scene, I actually shot my load prematurely. I was mortified, but recovered quickly and ended up shooting again, which I think endeared the Sean Cody audience to me.

And, yes, there is an actual Sean Cody. And he's incredibly nice and easy to work with.

2. You live in Baltimore, which is awesome. I feel like most people would think you'd be based in Los Angeles or New York City. So why Baltimore?

I came to Baltimore for Art School and fell in love with it.  It's less expensive than most bigger cities and the art scene is phenomenal for a city of its size. Plus, it's very close to New York City, Washington, D.C., and Philly, so it's not hard to engage with the art scenes in those cities.

3. Do you find it difficult to date because of the work you do?

I've read a story or two about how hard dating is for everyone. In a capitalist system, we are all relegated to some slut shaming level of inferiority when it comes to our choice of labor.  I know people would NEVER date an investment banker or who would NEVER date someone in the military or who would NEVER date a politician. At the end of the day, we're all forced to compromise our morals at some level or another to make money and participate in society.

5. You’ve had a great sex advice blog for a while now. Many people, myself included, admire you not just for your work but also for your open approach to sexuality. Should I continue to feign seriousness in bed when all I really want to do is laugh? 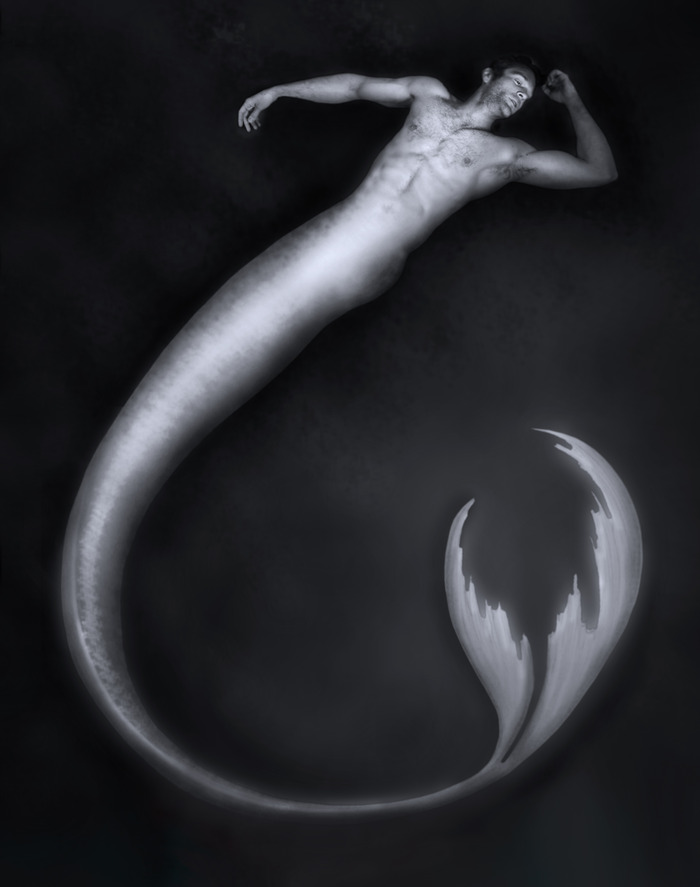 6. Baltimore artist Cameron Stalheim wants to turn your body into a merman sculpture. Because your body is so often considered a wonderland, is there anything you hate about your body?

I have three different cowlicks, all in very awkward parts of my skull.  I sometimes fantasize about what it would be like to have hair that I could comb in a very traditional direction.

Well, I was an artist first and my foray into adult performance has never been disconnected from that primary role of artist.  I'm fortunate to now have platforms where I can inform a curious public about my interests outside of sucking cock and I hope to continue to be doing that in ten years.

The one that's in my mouth.

8.1 OK, one more question: If I made you those mystery cookies, would you sit around naked with me and watch The Golden Girls?

Alas, if only I had that much free time.  But you could hang out naked in my studio and help me make art while we eat the cookies.

9. What would your spirit animal be?

My spirit animal continues to change throughout my life. I don't think 2014's animal has made itself apparent to me yet.

10. I have a very serious journalistic question for you. Between Michael Sam, RuPaul and Hillary Clinton, who would you Fuck, Marry, or Kill?

I feel like there's an obvious answer to this question, so I think I'll have to answer in my own best interests.

Fuck Hilary Clinton because she could make sure I get some fat arts endowment if I fucked her right. Marry RuPaul because he'd be the best spouse to keep me getting work done (werq!). Kill Michael Sam because he's too beautifully distracting.

Film
Timothée Chalamet, Armie Hammer Booked for 'Call Me By Your Name' 2
5:37 PM