10 Things We Learned From the Beat Boy Toy He slept with Allen Ginsberg & William Burroughs, and now Marcus Ewert shares his stories for the first time

With so much written about Beat writers Allen Ginsberg and William S. Burroughs (including a recently released doortstop of a biography on Burroughs by Barry Miles), you'd think everything that there was to say had been written, discussed, and dissected on the legendary creatives. But in a piece on Vocativ, we learn that there's yet another facet of their complicated men's lives that hasn't been as thoroughly explored. Allen Ginsberg's teenage boyfriend, Marcus Ewert—who is now 43 and a children’s book author living in San Francisco (he wrote 10,000 Dresses, the first kid’s book to feature a trans character). Ewert discusses, in explicit detail, the relationship he had with both the poet and Burroughs when he was a young man. Here's a selection of quotes and information.

1. The publication has included lots of archival photos from Ginsberg's collection that are amazing in their own right and help back up the story as well as what a boy would do to meet his idols.

2. Both Burroughs and Ginsberg did indeed like teenage boys.

“Allen and Burroughs were still alive and they were both gay, and in their work it was pretty explicit that they liked teenage boys,” says Ewert. “Allen has all these poems about sleeping with boys in Naropa, which is where I realized I could go to meet them. So, I was like, Perfect, I know what to do. …Allen and Burroughs teach there? You don’t have to tell me twice.” 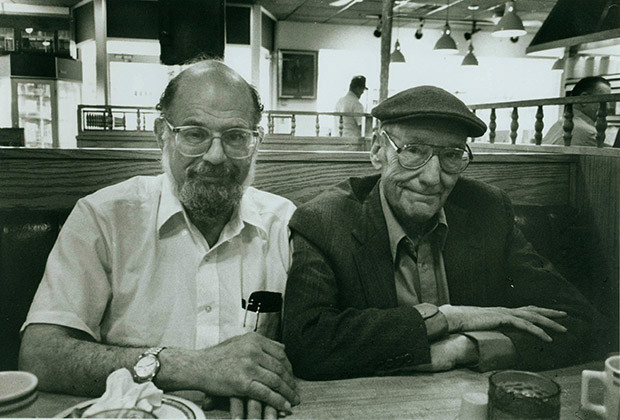 3. Ewert explains how he saved up money and took a trip to the Jack Kerouac School at Naropa University in Boulder, Colorado at the age of 17 in 1988.

He ended up meeting Ginsberg. As he explains, there was a party that first night, and "Ewert was surprised to find that he was the only one who appeared ready to make a move on the then-62-year-old Ginsberg. He spotted him among a sea of less-amorous devotees and waited patiently to approach him with a pickup line he had prepared." 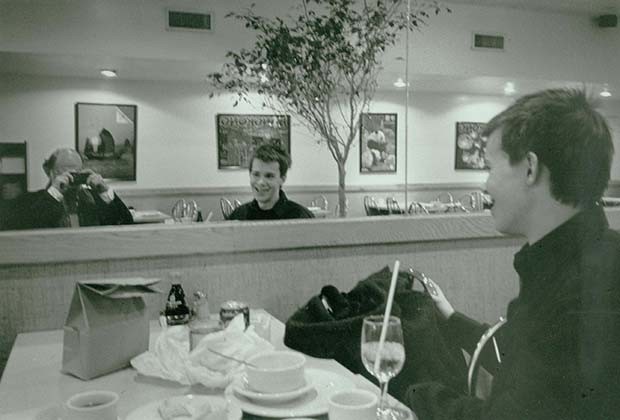 4. What one expects isn't always what will happen when meeting your hero.

"I’d worked out this little phrase that I wanted to say to him: ‘Hello, Mr. Ginsberg, my name is Mark Ewert, and I would like to make you breakfast, lunch or dinner sometime,’” he says. “The idea was, Oh, that’s cute, I’m going to be making him a meal. That’s nice, everyone likes that. It sounds very sweet and devoted, and kind of implies that I’m going to make you a meal the morning after.” 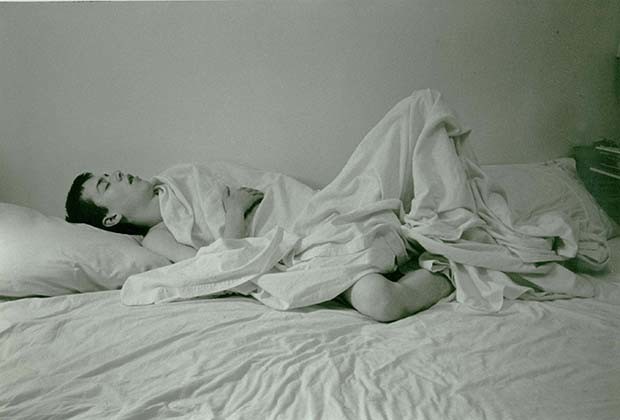 5. He luckily was able to find Ginsberg handsome—and sexually attractive.

“I was happy to find that I saw him handsome in a certain light,” Ewert tells writer Luke Malone. “I was never super physically attracted to him, but he’s got this Grecian, bearded Poseidon profile, you know? That’s kind of handsome, I think I can go with that...

Basically he blew me; that was a big part of it. And he was really good at it. He did this thing where he had his hand and his mouth working at the same time, and he’d take time out to explain to me what he was doing. He was like, ‘See, you do this with your hand so that way your partner’s penis is always being touched, and when your mouth is off it, your hand is there and it keeps it warm and it keeps the sensation constant, and that shows real consideration to your partner.’ It’s very Allen that he’s always peppering anything he’s saying with little tutorials. But I was totally down for that—it was what I’d signed up for. I wanted the tutorial, I wanted to understand how the fucking world worked. I wanted somebody to help me and mentor me.” 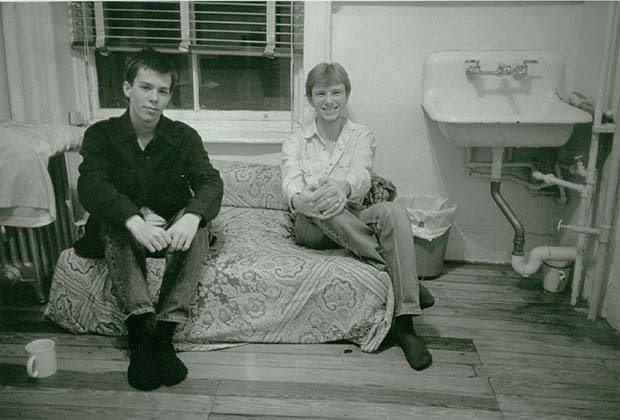 7. The next year, Ewert met the other legend he watned to bed: Burroughs.

Burroughs was in town with Warhol Factory regular John Giorno and a few friends, including painter Francesco Clemente and Blondie guitarist Chris Stein. Burroughs, according to Ewert, was "wearing a $5,000 Freddy Krueger glove that Stein had commissioned; it was made of soft, gray leather and had actual blades attached to it. In his trademark gravelly voice, Burroughs lunged at Ewert and made roaring noises, like a lion toying with its prey. The other guests gave them a wide berth and they spent much of the night in conversation, sitting together at dinner and discussing their favorite animals." 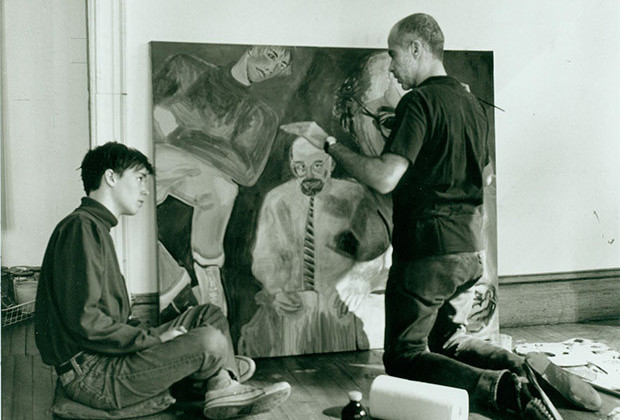 8. He found power in the fact that Burroughs was actually intimidated by his youth and beauty.

“I couldn’t quite understand why he was so invested in telling me these little stories. And then I was like, Oh my god, he’s nervous. He’s nervous of me,” Ewert says, referring to Burroughs. “That totally switched everything around in my head because it’d never occurred to me that anyone could be nervous of me—I was nervous of everyone and everything. So the idea that here this cultural icon wants to please me and is worried that I’m going to lose interest if he’s not showing me something interesting, it was such a heady rush…the idea that I had any sort of power.” 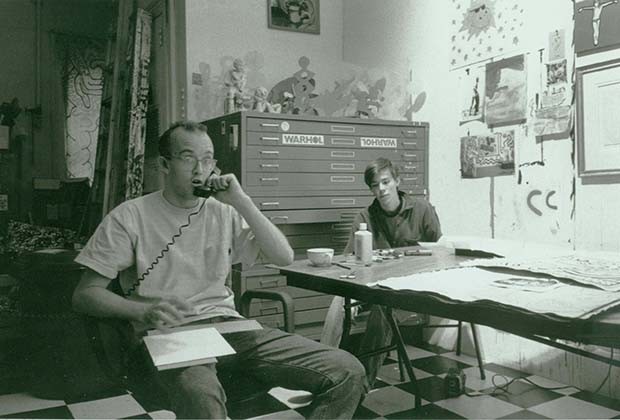 9. Ewert also goes on to explain his sexual encounter with Burroughs:

“I don’t think there was any oral at all, I think it was just hand jobs and humping," Ewert explains. "At one point I felt this little splash of fluid against my leg and, you know, he’d cum, and then I probably jerked myself off and came. And then we’re lying in bed in this post-orgasmic peace and after a while he goes, ‘Ah, that was great. That was the first time this has happened in years,’” Ewert recalls. “And I’m super happy because I had enjoyed it. Also, the little calculating, crusty 18-year-old part of me was excited by the fact that he hadn’t had sex in a long time. He’s already 70-whatever, and I’m guessing he’s not going to have a lot of sex besides me going forward—he’s not going to live that much longer. I was like, That’s awesome, I’ll go down in history as the last person to have had sex with William Burroughs. I don’t know if that’s totally true, but it gives you a sense of my mind-set at that time.” 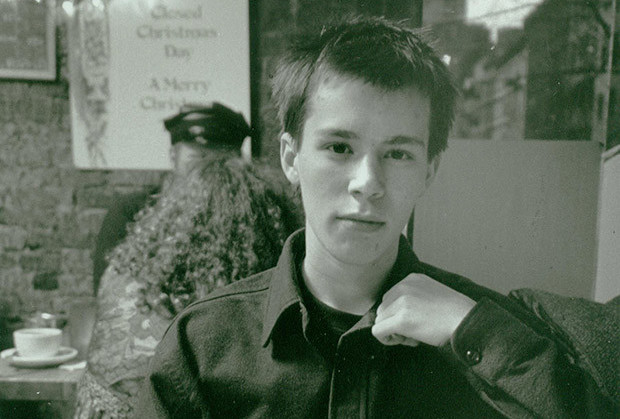 10. He felt close, not inferior, and so felt he could call them 'boyfriends' and wasn't taken advantage of by the older men of letters.

“That’s why I call these guys my boyfriends, because I feel like I really was there with them, body and soul, and they were there with me,” he says. “In the bedroom alone, all the things that could look like big power imbalances, a lot of that stuff kind of dissolves. It’s hard to say this without sounding cocky because of who they were as literary figures and all that, but I did feel like I really had, with each of them, a truly one-to-one relation, imperfect as that was.”