Although Conner Mertens is a good kicker, as a freshman at Willamette University, a private university located in Salem, Oregon, he still didn't have a secure place on the school's football team. Despite that fact, Mertens made the difficult decision to come out to the football team's head coach and others publicly, according to a story published by OutSports.

"No college football player in the United States at any level has ever come out publicly while still playing," OutSports reiterates, explaining that "some have come out to their team, many have come out to friends, but none have said publicly that they are LGBT."

Before sharing his "secret," Mertens asked head coach Glen Fowles if his role on the team would be affected by things he did off the field, or if he'd be judged by his performance. "All that mattered to Fowles was whether he could kick that ball through those two goal posts," we're told in the story. After hearing that, Mertens told his coach: "I'm bisexual. I like dudes. I have a boyfriend. And next week, I'm going to tell the world." 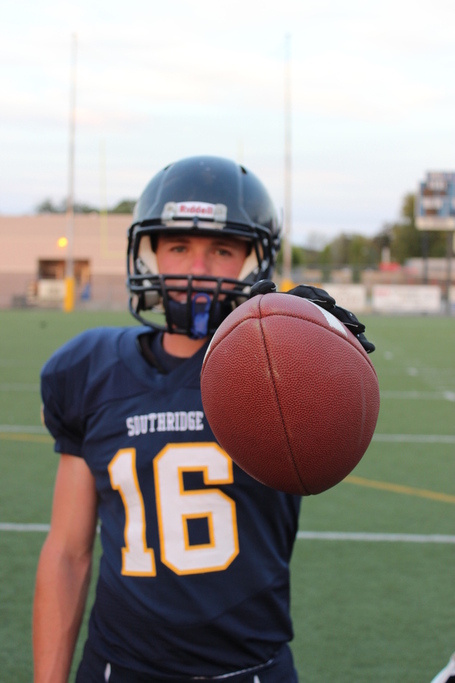 Last night, Mertens tweeted a lengthy letter that he hopes will change the hearts and minds of people in his hometown:

"You are not alone. You do not need to come out but you do need to know that you do not have to go at this by yourself. The aloneness you're feeling is temporary and it will get better. This place is changing...changing for the better. I made the decision that if I could prevent one person from feeling that self-hatred, loneliness, desperation and a thousand other emotions that I felt, I would. I will be damned if I let anyone tell you that you are wrong or weird or not normal.

"Love yourself and allow others to love you. Be who you are and know you're not alone."

Mertens grew up in an area of Southeast Washington that he says was not very accepting of people who didn't conform to the norm. As he explains in the story: "For me growing up, I always felt the biggest thing that caused my depression was the feeling of being alone,...I hate the stereotypes that go along with liking the same sex. You don't have to follow the stereotype to be this way. I made the decision that if I could help anyone else avoid feeling the way I felt, I would."

He makes it clear that much of the confusion is more about ignorance than clear bigotry. "It's not directed at gays, it's just more like if guys are giving each other crap," Merten explains. "It's never that you're stupid, it's always that you're a 'fag' or a 'cocksucker.'"

It's a very emotional story that many young men can probably relate to—even if they're not involved in high school or college sports. As Mertens told OutSports: "I had a smile on my face all the time as a kid, but I was dying on the inside. In my hometown, you have to fit in or you'll be exiled. If somebody had come out that I looked up to in the town, I would have been a lot happier."