Olympic Favela, a book of photography by out artist Marc Ohrem-Leclef, portrays Rio's favela residents who face being displaced as the World Cup and Olympic juggernauts come to town

The 2014 Wold Cup soccer games and the 2016 Olympic Games are coming to Rio de Janeiro, and the city is making sweeping changes to the city in order to host the two giant sports events. But it'll be 1.4 million people living in the favelas, the slums of Rio, who will see the greatest impact, as favela residents are forcibly evicted from their homes. From artist Marc Ohrem-Leclef's Kickstarter page:

Between 2012 and 2013 I created two series of photographs in Rio's favelas to capture the human impact which the sweeping policies of removal created, and give a voice to the plight of the people affected.

The people I met face extraordinary challenges: city officials who use ever-changing tactics to sow fear and insecurity to actively erode the sense of community; and lengthy, complicated legal disputes they must wage to avoid eviction and assert their rights to remain in the homes where they have grown up. Their firsthand accounts of their uphill battle, of the perseverance and ingenuity they employed to build their homes, and of the history of their communities—many residents we spoke with are third-generation residents of their neighborhoods—revealed the full breadth of their fears and underlined the need for their voices to be heard.

We often had extensive conversations with the people I wanted to photograph, to dispel their insecurity and doubts about my intentions. And despite the hardships they all face, once I began photographing them, they all revealed a beautiful sense of optimism that is part of the human story I captured.

To call attention to the specific circumstances at play in Rio de Janeiro, I have created two parallel bodies of work, brought together in Olympic Favela:

One group of images consists of portraits of the people who live in the favelas, the people who make them the vibrant neighborhoods they are. Many of the residents are photographed in front of their homes, which have been designated for removal by the city-agency SMH with spray-painted code numbers. The second group features directed images of residents posing with flaming emergency torches in their communities. Referencing iconic imagery, such as Delacroix's Liberty leading the people, these photographs invoke ideas of liberation, independence, resistance, protest and crisis.

Together with the portraits, these images juxtapose the dynamics of celebration and togetherness with those of struggle which the mega-events are bringing to Rio de Janeiro and its citizens.

Click here to view the Kickstarter page and his video describing the project. And click here for more of Ohrem-Leclef's work. 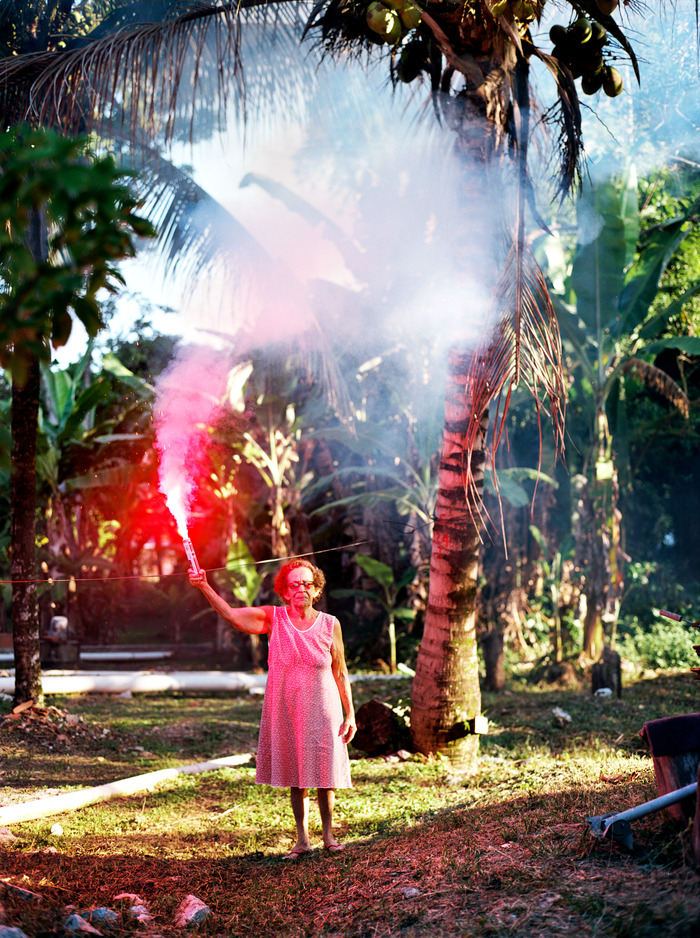 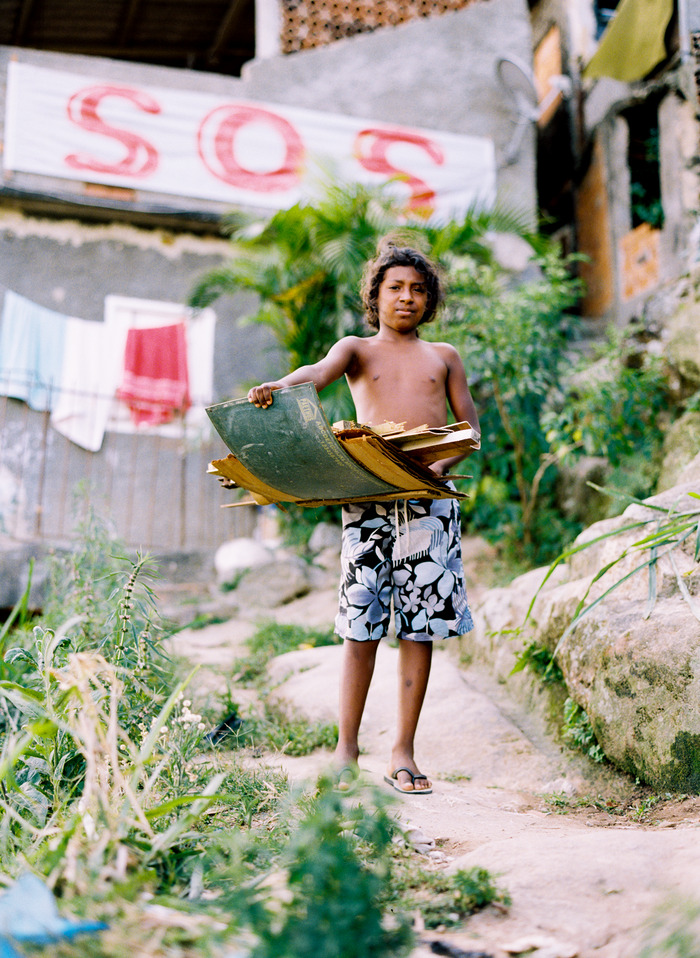 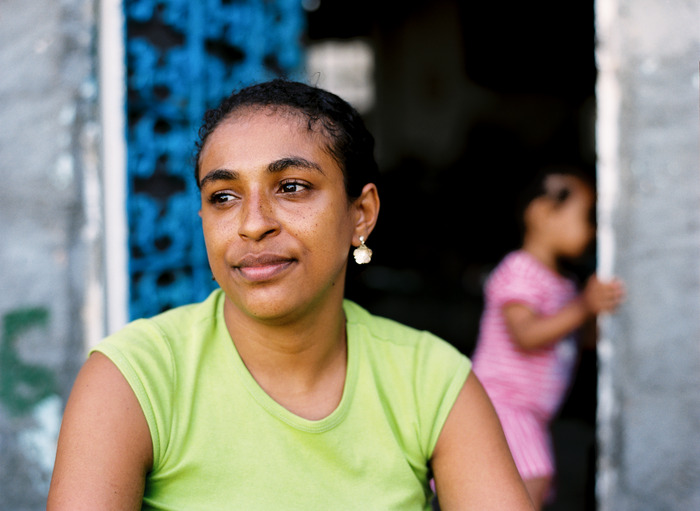 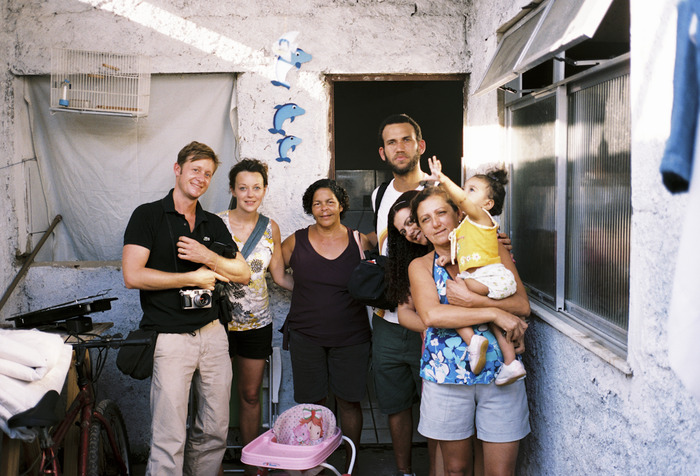